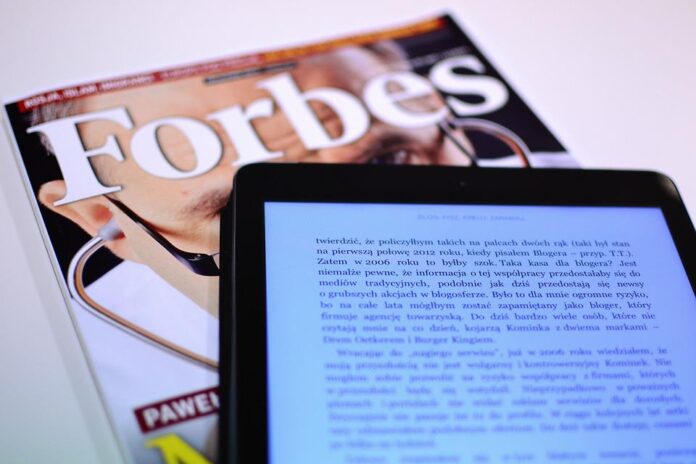 A recent survey by Forbes revealed that 30% of the world’s billionaires issued direct or direct monetary support to the cryptocurrency sector. The study focused on 65 of the globe’s wealthiest individuals who revealed that the amount was more than the investment issued by investors who aren’t billionaires.

The implementation of crypto assets across the globe is a significant change from the tangible mode of cash; with the various classes of society reacting differently to implementing cryptocurrencies, billionaires are leading with a landslide. Forbes further revealed that most of the billionaires have at the most invested 1% of their funds into the virtual world. Most of the Respondents admitted that they invested in various crypto assets only as a side hustle.

The survey’s findings and its significance to the crypto industry

The level of investments differs from one respondent to the next; most respondents disclosed that their contribution to the crypto industry was severely minor. However, 3.2% of the respondents revealed that they contributed a hefty amount to the venture. Sam Bankman-Fried, was among the Respondents identified during the survey; Fried, the CEO of Crypto exchange FTX, stated that he invested between 76% and 100% of his wealth into crypto services.

The CEO further revealed that his net worth is estimated at $ 20.6 billion net worth in the crypto industry and thus is among the billionaires that are present in both sectors. Fried further backs up and supports financial institutions that affect various cryptocurrency transactions. However, Forbes also reiterated that not all billionaires place their faith in the crypto-assets sector.

Published details on the billionaires who don’t believe in cryptocurrencies

The publication further revealed that billionaires such as Warren Buffet the Berkshire Hathaway Inc Class A (NYSE: BRK.A), compared Bitcoin to rat poison reiterating the disadvantages of cryptocurrencies. Other billionaires that oppose the crypto assets include Jamie Dimon and Blackrock’s Larry Fink, among others. However, their opinions were criticised by other billionaires, including Anthony Scaramucci, the former advisor to Donald Trump stated that they were misdirecting the public as they hadn’t carried out adequate research into the sector.  According to Scaramucci, there are some billionaires, including Dan Loeb and Steve Cohen and others- who carried out sufficient research into the industry before investing in it.